Earlier this week, I signed on for a 5-month internship in Malawi, organized by the Canadian Co-operative Association. I'll be working with the Malawi Union of Savings and Credit Cooperatives as, essentially, an IT manager. (The official job title is longer, but that's what it boils down to).

This blog is intended to document my journey through the process of packing up my life and relocating it to Africa for 5 months. I officially hop on a plane in mid-January, but until then I'll be writing about the joys of travel medicine, leaving my job, and anything else that comes up.

For now, some thoughts (and a few quick facts!):

Though I've travelled to some unusual places, I haven't lived abroad since I was 4 years old (and even then, it was Europe, not Africa), nor have I visited a country facing the sort of challenges Malawi is. This is going to be an adventure, to say the least.

My biggest fears, however, don't have as much to do with Africa as with what I'll be leaving behind in Canada. Most of all:

This may bring certain readers to wonder, why would I do this?

After all, I'm working what many people would consider a dream job. Working in games was one of my dreams, too, when I graduated from university in 2005. I loved playing games and I like programming and working with technology, so it seemed like a perfect fit. I was warned, of course, as people in the game industry are fond of doing to young'uns who think they want to develop games: "the hours are long", "the pay is terrible", "it's not that glamorous", and so on. All these things are true to a certain extent, but it's also true that, sometimes, none of these things matter. (Particularly when you're stuck in a non-game-dev job you hate that also pays poorly and requires overtime).

So why international development?
You may note, as Brook did, that one thing isn't on the above list: I'm not doing this because I want to save the world or because I think it will be more fulfilling work than making games. First of all, I think that's a sure way to set yourself up for disappointment:  no matter where you're working, you will get frustrated, you will have to deal with bullshit, and you will wish you were doing something else. (If you're lucky, the feeling goes away relatively quickly). Secondly, let's be realistic: the problems of the world, or even of Malawi, won't be solved overnight, nor will they be solved exclusively by computerized banking (though I hope it'll help).

I do, however, propose the following final point for my list:
Altruistic enough for you, dear readers? I hope so, because here goes! 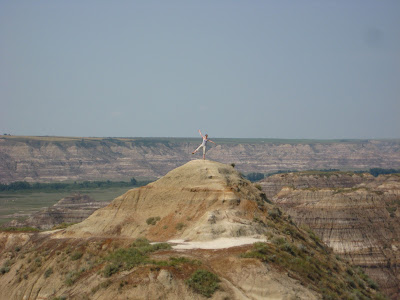