4 things that will kill you in Africa

Earlier this year, I read The Coming Plague, a book that discusses the outbreaks of various new diseases in the past few decades (including AIDS, Ebola, Toxic Shock Syndrome, and more). Fascinating stuff for a geek like me, but unfortunately, all I remember of the book now is how many of those horrible diseases emerged from a continent I'm about to visit: Marburg (Uganda), Lassa fever (Nigeria) and Ebola (Zaire and Sudan), to name just a few.

Though I'm unlikely to come down with anything that exotic, in the spirit of those much-maligned "top X" lists, I present a list of 4 things (in no particular order!) that are more likely to kill you (or at least cause you significant inconvenience and illness) in sub-Saharan Africa than in North America: 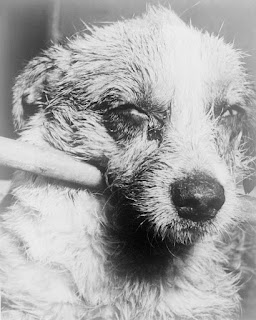 Cute, loveable, rabid dogs. Thanks to widespread pet vaccination programs, rabies is rare in North America these days (especially in domestic animals). In most of sub-Saharan Africa, however, rabies is still endemic, and dogs are the primary carriers (ever seen those roving packs of feral dogs in developing countries?). With prompt and proper treatment, rabies isn't usually fatal - emphasis on prompt, because once you start to show symptoms, it's almost always fatal.[1]

Preventative measures: Assume all animals are rabid until proven otherwise, and avoid contact. A pre-exposure vaccine is available, which doesn't provide full immunity but does reduce the annoyance if you are bitten (without the pre-exposure doses, you need more shots and some expensive and hard-to-acquire rabies immunoglobulin).

Sex
The biggest risk here, aside from standard crop of STDs, is undoubtedly HIV/AIDS. With an estimated 11% of Malawians living with HIV/AIDS (and a much higher percentage if we're looking at sex workers), having unprotected sex is a dangerous undertaking. Swalizand tops out the African continent (and the world) with an estimated 25% infection rate.
Hepatitis B, which messes with your liver and can become a chronic condition, is another problem potentially transmitted by contact with bodily fluids. In Canada, widespread school vaccination programs (started in the 1990s) have brought the incidence of Hepatitis B down dramatically over the past two decades.

Preventative measures: Since no cure or vaccine exists for HIV yet, practice safe sex, don't use dirty needles, and avoid contact with other people's blood (e.g. in case of accident). For hepatitis B, a vaccine is available - if you didn't get it in school, the Twinrix vaccine is a good way to get your Hep A & B protection at once.

Though most of these ailments aren't lethal with proper treatment (often just rehydration!), they still cause lots of deaths around the world in places where clean water and good medical treatment aren't readily available. (Also, even if not fatal, diarrhea is never fun.) Hepatitis A is a bit different - it messes with your liver (though less seriously than Hepatitis B does). As for the parasites, they're a pain in the ass to get rid of once you have them. In other words, lots of bad stuff in the water.

Preventative measures: Don't do as Brook did and end up in a Mexican ER at 4am - avoid contaminated food and water. Drink bottled/boiled water, wash fruits and vegetables in clean water, and cook food thoroughly. In addition, vaccines are available for typhoid (good for 2 years) and Hepatitis A (good for 20+ years). An oral vaccine, Dukoral, is available for cholera and travellers' diarrhea. Parasitic infections can also be caught from swimming in infected waters, so limiting your time in lakes and other fresh water is a good idea. 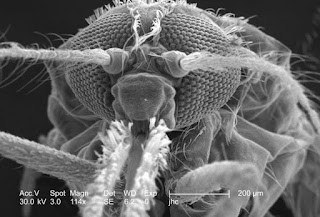 Sure, you get the occasional West Nile Virus scare here in Canada, but that's nothing compared to the ever-present danger of malaria in the rest of the world. In Africa, it's the second leading cause of death from infectious diseases, after HIV/AIDS.
The scary thing about these particular mosquito-borne illnesses is how much they can vary in severity. With malaria, some people have fever and chills for a few days, others develop anemia or seizures. Similarly for yellow fever: in most cases, it clears up after a few days of flu-like symptoms, but in about 15% of cases, more serious complications (including liver damage and internal bleeding) occur and can lead to death. And Dengue fever, in rare cases, turns into the pleasant-sounding Dengue Hemorrhagic Fever.

Preventative measures: Best is to avoid being bitten in the first place - install a bed net, use insect repellent, cover up exposed skin (particularly at dusk, when mosquitos are most active). There's a vaccine for Yellow Fever, and it's required in order to enter certain countries (I'm certified Yellow-Fever-vaccinated until 2021!).

For malaria, prophylaxis pills are available. I was given the choice of two pills for my trip (different regions require different pills due to local resistances):

I decided to test the weekly pill first, because taking daily pills for 6 months sounds annoying. This past weekend, as advised by the doctor, I took a test dose of 3 mefloquine pills in 3 days. Results?

A concluding note on vaccines

Everyone's assumption is that travelling to sub-Saharan Africa (or other similarly exotic places) requires a ridiculous amount of shots. If you're up to date on your routine shots, there aren't that many (though those who hate needles will probably find the list torturously long anyway). I needed:

I'm fine with needles, so the scariest part of all this was the 650$ bill I ended up with at the end. Great time to discover my Ubi insurance doesn't cover "preventative vaccines". Oops. 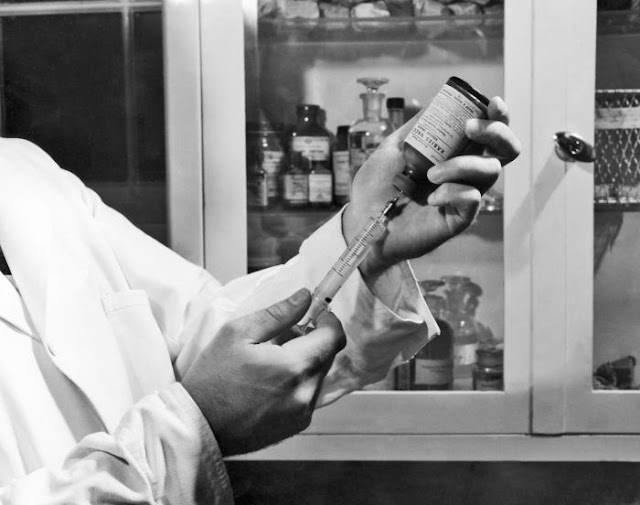 All images courtesy of the CDC Public Health Image Library.


[1] Those with an interest in medicine may enjoy the story of Jeanna Giese, who, in 2004, became the first person ever recorded to survive rabies without having received the vaccine.