I arrived in Lilongwe last Saturday night, the 21st, after approximately 26 hours of traveling. That's 4 flights, 5 airports, and 3 continents.

The moment I got off the plane in the Nairobi airport, I knew I was in Africa. No airy glass and metal terminal here, rather a narrow and humid hallway, with a cracked tile floor and a 1970s decor. It was lined on one side by shops selling typical airport fare, and on the other side by benches housing a variety of travellers, including groups of African nuns in full habit. I ducked into the bathroom, where I got to use my first (and so far only) squat toilet of the trip, much to the admiration of the other foreigner there. (I turned out to be on the same flight as that woman, who in turn had run into the woman sitting next to her earlier in the bathroom... this was not a particularly large or busy airport, in other words).

I wandered down the terminal and found my gate at the very end of the hall, down a narrow set of stairs that looked more like they'd lead to a restaurant bathroom than to a security checkpoint and boarding area. I was handed a laminated boarding card in exchange for my ticket, went through the 70s-era security checkpoint, and had a seat. The change of pace ("African time", some call it) was evident - no hum of activity at the gate, none of the urgency you'd see in a European or American airport. In fact, aside from the people working the security checkpoint, I didn't see any airline or airport employees around at all. About 15 minutes before the flight was scheduled to leave, the doors to the tarmac were suddenly opened and we lined up, turned in our boarding cards, and walked the 50m to the plane. I cast a brief glance at the passing baggage cart, wondering whether my checked luggage would make it to Lilongwe intact and on-time - accounts from past travellers to Lilongwe suggested the odds were not high. 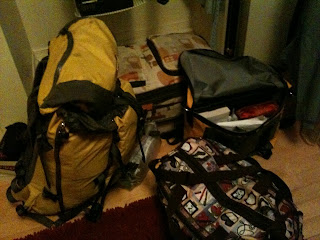 Some rambling notes on my adventures through airports so far: 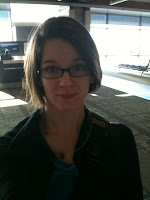 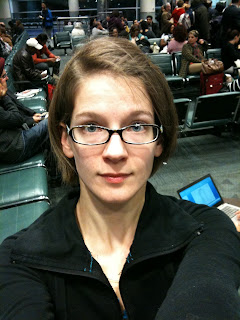